The Villagio offers beautiful apartments perfectly situated Fayetteville, just a few minutes away from Fort Bragg - with convenient access to many parks, museums, and Downtown Feyetteville. Live in stylish comfort in one of our studio, one-, two-, and three-bedroom floor plans and enjoy contemporary amenities such as the fitness, business and media centers, all housed within our beautiful clubhouse! Enjoy both quality and convenience at our community! Tour today and make The Villagio - HOME. From the moment you walk in the door.

Home to Fort Bragg, one of the country's largest Army installations, Fayetteville is a military town with an abundance of amenities far beyond the base. As a community dedicated to growth, unity, and civic action, Fayetteville has been named an All-America City three times. Located along the Cape Fear River, the parks and natural areas in the city are awe-inspiring. The Cape Fear Botanical Garden boasts over 2,000 kinds of plants and an arboretum. This dynamic city has a population of over 200,000, making it one of the largest cities in North Carolina. 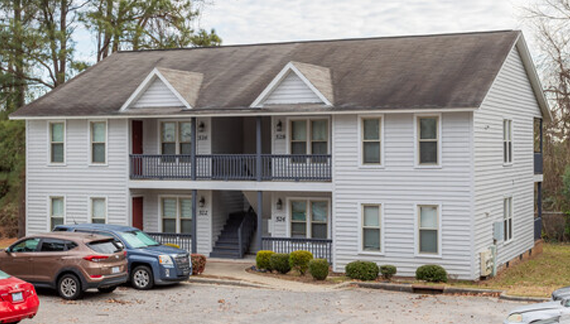 Village on the Lake Apartments